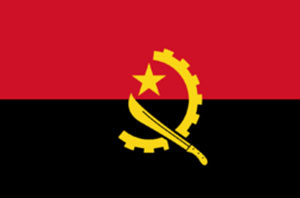 Since January 1st, 2008, the Republic of Angola, in order to further monitor the unit price and origin of goods, all shipment to Angola, Lobito, Namibia, Luanda port or through the above port transshipment of goods must apply for CONSEIL NATIONAL DES CHARGEURS ANGOLAIS , English referred to as CNCA while Chinese commonly known as electronic cargo tracking note.

Without applying for the CNCA in advance will be deemed to violate the transport regulations of Angola, then customs clearance could not be done successfully on the destination port. In addition, applications for goods arriving at the port of destination will result in high fines.

According to the provisions of the Angolan Port Authority, CNCA must be applied by the consignee at the loading port , some shipping companies also need the corresponding CNCA certificate number to be marked on the bill of lading to issue the final original sea bill of lading.

How to use Angola CNCA

The original CNCA certificate will be sent to the applicant by courier. The applicant can directly use it for customs clearance at the port of destination.

2.After receipt of the above application documents, the official payment notice will be issued . The CNCA number will be issued once we receive the bank slip and confirm the payment.

3.After receiving the CNCA number, the applicant can provide this number to the shipping company to issue the original bill of lading.

5.The CNCA certificate will be sent to the applicant after it is validated.

Need to handle the port of the Angola CNCA

Located in the southwestern coast of Cabinda province in the northwest corner of Angola (the REPUBLIC OF ANGOLA, Angola), it is on the eastern side of the Atlantic Ocean and is the largest oil port in Angola. Angolan oil reserves of about 20 million tons, with an annual output of about 12 million tons of oil, oil exploitation in the national economy occupies a major position in oil export earnings isShow more

Angola’s most important foreign exchange earnings, accounting for about 95% of total exports. Traffic highway. The port is about 6km away from the airport, and there are scheduled flights to Luanda every day.

Located on the west coast of Angola (the REPUBLIC OF ANGOLA) in the middle of the Atlantic Ocean, on the southeast side, is one of the main ports in southern Angola, Zaire and Zambia is part of the material transfer port. As early as the 16th to the 17th century, due to the trans-East and West Benguela (BENGUELA) railway construction, the port has been gradually developed. The railway, which isShow more

1340km long, connects with the railways of Zaire and Zambia and is a railway line in southern Africa. The port of Angola is also the southern region of the material distribution center. There are food, cement and sacks and other small and medium-sized industries. The port is about 41km from the airport.

The port is a tropical grassland climate, prevailing southeast wind. The annual average temperature of about 22 ℃. 5 to 8 months each year foggy. Annual average rainfall of about 500mm, 3 ~ May for the rainy season, wind and rain shadow affect loading and unloading operations. The average tide is high: 1.7 m high tide, 0.5 m low tide.

There are 6 main berths in the harbor area, with a coastline of 1130m and a maximum water depth of 10.7m. There are various types of crane, portable crane, electric crane, floating crane, forklift and tug, etc., of which the maximum lifting capacity of floating crane 100 tons, and 203.2mm diameter pipeline for use. Warehouses and cargo sheds in the port area can store up to 100,000 tons of cargo. Loading and unloading efficiency: 250 tons of grain per hour, 450 tons of ore per hour. The anchorage is about 18m deep. Hong Kong’s re-export area was established in 1961, re-exports of goods without special storage. In 1992 the container throughput of 9756TEU, the annual cargo handling capacity of about 500 million tons. The main export goods are coffee, ore, sisal, fish products, hides, beans and salt, etc. The main imports of machinery and equipment, coal, building materials and daily necessities. The main trade partners for the United States, France, Germany, Brazil and Portugal, such as the United States accounted for about 70% of imports and exports.

Luanda is located on the southeast coast of Bengo Bay on the west coast of Angola. It is the largest seaport in Angola and one of the main ports in West Africa. Founded in 1575, was the slave of the export port of trafficking. Is now the capital of Angola and the country’s political, economic and cultural center, but also the country’s major industrial center. Angola’s diamond reserves ofShow more

about 100 million karats, forest area accounts for 58% of the country, rich in water resources.

The main industries of the port include refineries, food processing, machinery manufacturing, metallurgy, cement, chemicals, building materials, textiles, paper and clothing, and large refineries and textile mills. Agriculture and coffee to the main sisal, coffee production in Africa ranked No. 2 and No. 4 in the world, the total exports of coffee exports to Angola’s total exports of the first 3, second only to oil and diamonds. Other agricultural products are corn, cassava, sorghum, rice, sugar cane and oil palm and so on. Transportation to highway, railway up to Malange (MALANJE). Port about 8.3km away from the airport, can take off and land large aircraft, scheduled flights to Europe, Africa and Brazil and other countries.

The port is a tropical grassland climate, the annual average temperature of about 22 degrees Celsius. 5 to 8 months each year often fog. The average annual rainfall of about 500mm, 3 to 5 months for the rainy season. The average height of tide is 1.7m and the low tide is 0.8m.