The Republic of Benin is a country located in south-central West Africa, formerly known as Dahomey, a former French colony, south of Benin to the Gulf of Guinea, east to Nigeria, north to Niger and northwest to Burkina Faso , Bordering the West and Togo, the coastline of 125 km long.
FOREMOSTECTN/BESCBenin BESC 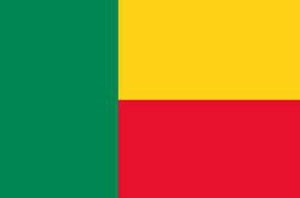 In accordance with the Benin Act, cargoes destined for Port Cotonou in Benin or transferred to other destinations via this port must apply for an electronic cargo tracking note (ECTN) or BORDEREAU DE SUIVI DE CARGAISON (BESC).

Without applying for the ECTN in advance will be deemed to violate the transport regulations of Benin, then customs clearance could not be done successfully on the destination port. In addition, without ECTN, the goods arriving at the port of destination will result in high fines.

How to use Benin BESC

The original Benin BESC certificate (in PDF format) will be sent to the applicant after its validation. Then the original certificate will be forwarded to the consignee and the shipping company at the port of destination for customs clearance.

2 – Application deadline Changes for Benin ECTN: The original Benin ECTN certificate should be validated in 5 working days after departure. Otherwise , the penalty will charged by the customs.

Need to handle the port of the Benin BESC (ECTN)

PARAKOU is the fourth largest city in Benin, the inland city, and the capital of the province of Borgou. It is located in the eastern part of the country. The population is mainly engaged in the production of cotton, textiles, peanut oil, beer, kapok and logging. About 188,853, half of the residents believe in Islam, one-third of residents believe in Christianity.

Porto Novo is the capital of Benin, the second largest city in Benin, the history of the Kingdom of Puerto Rico was the first eup. In 1752 the Portuguese colonists built a commercial base. Now with Cotonou as the country’s political, economic and cultural center, tourism ShengShow more

Porto Novo has highways leading to major cities and towns across the country. These roads lead west to C?te d’Ivoire to Lome, the capital of Togo, to Lagos, the capital of Nigeria, and to Niger And Burkina Faso. Porto Novo and Cotonou not only between the highway, but also connected to a railway. Porto-Novo and its surrounding areas are generally trans-shipped by the capital, Cotonou.

Cotonou is the port of Benin. Located in the south of the country Nuokuhu west coast of the sea, the maximum draft of 12.5 meters, the water load density of 1025. Tide 1.75 meters. Popular southwest wind. Forced pilotage. Communications are communicated with radio VHF channels 12, 14, 16, and 218 kHz. The pilot was on board the south breakwater southwest. It is forbidden to break downShow more