Madagascar full name of the Republic of Madagascar, the African island nation, located in the western Indian Ocean, across the Mozambique Strait and the African continent, the island consists of volcanic rocks. As Africa's first, the world's fourth largest island, Madagascar is rich in tourism resources, since the 90s of last century, the Government of the tourism industry as a key development industry, to encourage foreign investment in tourism. 98% of the population is Madagascar.
FOREMOSTECTN/BESCMadagascar BSC 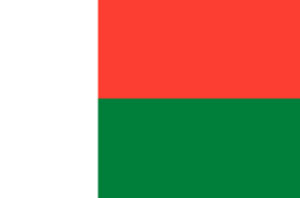 Decree of the Act shows, all shipments to Madagascar must apply for the ECTN in advance. Otherwise, it will be deemed to violate the transport regulations of Madagascar, then customs clearance could not be done successfully on the destination port. In addition, applications for goods arriving at the port of destination will result in high fines.

How to use Madagascar BSC

The original Madagascar BSC certificate (in PDF format) will be sent to the applicant. Then the electrical version will be forwarded to the consignee and the shipping company at the port of destination for customs clearance.

2.After receipt of the above application documents, the official payment notice will be issued. The BSC number will be issued once we receive the bank slip and confirm the payment.

3.After receiving the BSC number, the applicant can provide this number to the shipping company to issue the original bill of lading.

Need to handle the port of the Madagascar BSC

MAJJANGA Located on the northwest coast of Madagascar, the Gulf of BEMBATOOKA needs to be cautious, with someShow more

MAJJANGA prevailed without piloting, and the pilot boarded the ship at Narcissus. Communication via Madagas radio, with VHF. Port hours 7: 00-11: 00/13: 00-17: 00 (Monday to Saturday). Port service facilities are: ship repair, dry dock, fuel, boats, medical, fresh water, supplies, repatriation, no sewage. Anchorage from the coast of 0.8 km, the water depth of 10.97 meters, loading and unloading cargo from the barge. The northern part of the port is a straight pier, 132 meters long and 8.5 meters deep. There are 2 mooring floats, with deep water wharf. The terminal has six cranes, the largest lifting 15 tons, a 25 tons crane. 6 tugs and 30 barges, covered storage area of 17,836.8 square meters.

Toamasina, also known as Tamatave, is located on the east coast of Madagascar on the Indian Ocean. It is the capital of the province of Tuamarcina, 353km from Antananarivo, the capital of Madagascar. It is also an important harbor in the country with a population of 206,390 (2005). The city of Tamatave is one of the three universities in Madagascar. ToamasinaShow more

is located on the east coast of Madagascar and is the capital of the province of Tuamasina. It is also an important seaport with a population of 179,045 (2000).