The Republic of Gabon is located on the west coast of central Africa, across the equator. East and South and the Congo, North and Cameroon, northwest and equatorial Guinea adjacent to the west by the Atlantic Ocean, the coastline of 800 km long. The main port is Port Gentil.
FOREMOSTECTN/BESCGabon BIETC (BIC) 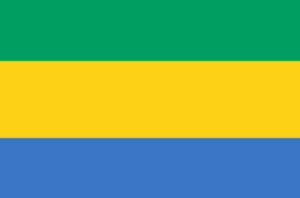 According to the Gabon Port Authority Act, the Customs and Excise Department of Gabon has started to implement the ECTN project to further strengthen and improve the efficiency of the transport of goods and to reduce the penalties caused by overdue customs clearance.

Decree of the Act, all shipments to Guinea-Bissau must apply for the BIETC in advance. Otherwise, it will be deemed to violate the transport regulations of Gabon, then customs clearance could not be done successfully on the destination port. In addition, applications for goods arriving at the port of destination will result in high fines.

How to use Gabon BIETC(BIC)

The original Gabon BIETC certificate (in PDF format) will be sent to the applicant. Then the electrical version will be forwarded to the consignee and the shipping company at the port of destination for customs clearance.

2.After receipt of the above application documents, the official payment notice will be issued. The BIETC number will be issued once we receive the bank slip and confirm the payment.

3.After receiving the BIETC number, the applicant can provide this number to the shipping company to issue the original bill of lading.

Need to handle the port of the Gabon BIETC (BIC)

Libreville in Gabon (full name: The Republic of Gabon) in the northwest coast of Gabon estuary, is close to the Atlantic ocean on the east side, is the second largest in Gabon, and manganese ore output port.Total reserves of about 430 million tons of manganese ore and Gabon, accounts for a quarter of the manganese ore reserves, grade is as high as 50% ~ 52%, annual output from fourth place in the world, after theShow more

former Soviet union, South Africa and India.Located in the port southeast MoAnDa MOANDA manganese ore district, reserves of about 200 million tons, is one of the world’s largest manganese ore, there are other uranium ore and iron ore, etc.Railway and highway transportation, there is a across the railway of Gabon things, since the port area to the southeast of francois DE FRANCEVILLE，the whole of 683 km, Moanda can also be the line of manganese ore to the port.Libreville of main industrial wood processing, refined palm oil, textile and brewing.Port area is about 22 km from the international airport, with regular flights to Paris every week, Abidjan and other francophone Africa region.The port is a tropical rainforest climate.About the average annual rainfall of 3000 mm, 1 ~ 5 months, 9 ~ 12 months for the rainy season.Libreville spring rise 2 meters, the small rise 1.6 meters;Mr Wen spring rise more than 2.3 meters, the small rise 1.9 meters.Handling equipment has a variety of shore crane, crane, mining machine, barges, tugs, etc., tug of the maximum power of 736 kw.Ore for the loading and unloading efficiency of 3000 tonnes per hour.Libreville have good shelter, water depth of 8.7 m.Main export goods in addition to the ore, and ivory and wood, etc., imported goods are mainly cement, vehicles, and alcohol, metal, fuel and lubricating oil.Holiday is labor day and Gabon day of independence.

Port of Ovindo is the harbor of northwest Gabon. In the Atlantic Gulf of Gabon north shore, northwest from Libreville 16 km. Originally Libreville timber export terminal, built in 1974 as the country’s largest deep-water port. Port depth of 11.5 meters, can be parked 2 million tons of marine vessels. There are cement, sawn wood, plywood and other public and animal husbandry experimental stations, technical schools. The constructionShow more

of the Trans-Gabon Railway (northeast through Mei Campo) starting point.

Modest teal Port (Port Gentil/point Gentil) is the second largest city of Gabon and main Port, is also the country’s oil and timber industry center, 1993 estimated population of 80000.Gentil port is located at the mouth of the river Mr GuoWei an offshore islands, island, but the mainland near the island is covered with forest region, there is no bridge connects two.The city established in 19th century by the French people to colonialShow more

officer Emile gentil name.Port gentil faces the Atlantic ocean, on an island in Mr GuoWei estuary.Belongs to the port city of the republic of Gabon.A population of 123000 (1983), as an important industrial and commercial center of Gabon.Have large plywood plant and sawing wood, chemical industry, oil refining, textile, cement, fish processing industries.Near to the largest oilfield, oil production since 1956.

Port facilities include: fuel, boats, medical, fresh water supplies, supplies, no repair, dry dock, traction, repatriation and drainage facilities.Port anchorage depth of 12.8 meters to 14.6 meters, many ships can anchor, loading and unloading homework all by barge.Berth is only for barge is along the coast.There are 3500 square meters of warehouse.Port lopez Angle as a natural barrier, but the depth of the water is limited, for the transfer port.The main output oil, timber.Is also a fishing port.Have a space station.Along the GuoWei river navigable all year to orchid Barrett, the period of navigation to lars figure。