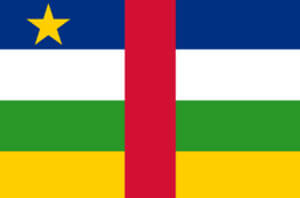 According to the Central African Port Authority Act, the Customs and Excise Department of Central African has started to implement the ECTN project to further strengthen and improve the efficiency of the transport of goods and to reduce the penalties caused by overdue customs clearance.

Decree of the Act shows, all shipments to Central African must apply for the ECTN in advance. Otherwise, it will be deemed to violate the transport regulations of Central African, then customs clearance could not be done successfully on the destination port. In addition, applications for goods arriving at the port of destination will result in high fines.

How to use Central African ECTN

The original Central African ECTN certificate (in PDF format) will be sent to the applicant. Then the electrical version will be forwarded to the consignee and the shipping company at the port of destination for customs clearance.

Need to handle the port of the Central African ECTN

Bangui (French: Bangui) is the capital of the Central African Republic, located in the Ubangi River (Oubangi or Ubangi) on the west bank. Bangui is the only modern river port in the Central African Republic. The 800-ton riverbank passes through the Ubangi River and the Congo River to Brazzaville in the Congo and Kinshasa in Zaire. The average annual throughput is about 20 tons. The vast majorityShow more

of Chad’s exports and imports from Central Africa and neighboring Chad are transported via Bangui to Brazzaville and then by rail to Black Point, on the Atlantic.

Bangui is the hub of China-Africa road traffic. Roads can be taken from Bangui through Chad’s Mondu or Salch to Chad’s capital, N’Djamena, from Bangui to Cameroon’s capital, Yaoundé, and from Bangui to Tanzania, Sudan. Bangui as the center of the road transport is relatively busy, the western and northern parts of the goods and some of Chad’s foreign trade goods by road in Bangui transhipment.

Birao, the northeastern city of the Central African Republic, the capital of the province of Vaga. Department of the Shali River on the left bank of the Ulu River swamp lowlands, near Sudan, Chad border. Animal Products Trade Center. Through the Darfur plateau of the road to the station. Highway through Bangui. There are air stations.

right bank of the Coto River. Population of 31000 (1984). An important diamond mining and ginning center. Trade in agricultural and livestock products is very strong. The midpoint of the Bangui-Bilo highway. There are air stations.%MCEPASTEBIN%