The Republic of Congo (English: The Republic of Congo; French: République du Congo), referred to as the Congo (Brazzaville), located in central and western Africa, the equator across the central, east and south sides, Congo, Cameroon, west Gabon, southwest of the Atlantic Ocean, the coastline of more than 150 kilometers long, with a total area of 342,000 square kilometers.
FOREMOSTECTN/BESCCongo ECTN 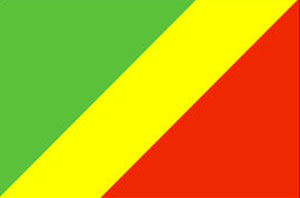 According to the official notice N ° 151 / CCC / DG of Republic of Congo which was issued on 15th, April 2004, all goods destined for Congo Bougainville or in transit at its port are required to apply for an ECTN Certificate and the ECTN Number should be displayed in the bill of lading.

According to the law, the Congo CTN NO must be issued for the goods destined to Congo, and if the ECTN certificate is not applied in time, it will be regarded as an offense violation, resulting in the illegal clearance in the port of Bukhara, Congo, and receiving high fines.

How to use Congo ECTN

2.After receipt of the above application documents, the official payment notice will be issued. The URN number will be issued once we receive the bank slip and confirm the payment.

3.After receiving the URN number, the applicant can provide this number to the shipping company to issue the original bill of lading.

*** ECTN certificate must be handled within five working days after sailing, or overdue it will be fined.

Need to handle the port of the Congo ECTN

Pointe-Noire in the Congo (full name: The Republic of the Congo), the southern tip of the west coast, near the Atlantic ocean on the east side is the biggest seaport in Congo.As early as in 1922 due to the construction of the capital Brazzaville Atlantic railway and got rapid development.Oil and timber for the two major economic pillar of the Congo.Congo is rich in oil resources, reserves of 1 billion tons, known asShow more

“black gold” by Congo, corner of the black oil field are mainly distributed along the coast of the Atlantic ocean, near the fourth oil production in Africa.The port has annual refining capacity of 100 tons of oil refinery.Wood is the second large of Congo after oil resources.Forest area accounted for about two-thirds of the national area, the annual output up to 35 ~ 400000 cubic meters.Wood has dozens of varieties, belongs to the rare wood such as enjoying high reputation in the international market okur umenoki, rosewood and mahogany, etc.Because the two income, Congo’s per capita gross national product (GNP) is higher, is one of the rich countries of west Africa.Transportation and communication developed, has the east Atlantic railway is 510 km, is the most important traffic arteries in Congo.Railway freight transport supplies about 70% of neighbors.In addition, highway plays an important role.Port of about 6 km from the international airport, there are regular flights every day around.