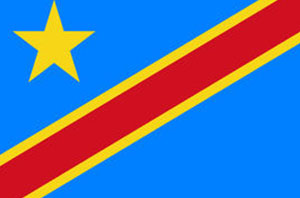 About the FERI of Democratic Congo

In order to further monitor the unit price and origin of goods, all shipment to Democratic Congo  must apply for Fiche Electronique des Renseignements a l’lmportation , French referred to as FERI while Chinese commonly known as electronic cargo tracking note.

Without applying for the FERI in advance will be deemed to violate the transport regulations of Democratic Congo, then customs clearance could not be done successfully on the destination port. In addition, applications for goods arriving at the port of destination will result in high fines.

According to the provisions of Democratic Congo, FERI must be applied by the consignee at the loading port, some shipping companies also need the corresponding FERI certificate number to be marked on the bill of lading to issue the final original sea bill of lading.

How to use the FERI of Democratic Congo

The original FERI certificate (in PDF format) of Democratic Congo will be sent to the applicant. Then the electrical version will be forwarded to the consignee and the shipping company at the port of destination for customs clearance.

1.Providing the application form, Bill of lading (or Draft B / L copy) and commercial invoice.

2.After receipt of the above application documents, the official payment notice will be issued. The FERI number will be issued once we receive the bank slip and confirm the payment.

3.After receiving the FERI number, the applicant can provide this number to the shipping company to issue the original bill of lading.

5.The FERI certificate will be sent to the applicant after it is validated.

Need to handle the port of the Democratic Congo FERI

Banana is located in Congo gold (full name: the Republic of Congo THE REPUBLIC OF ZAIRE) western coastal Congo golden mouth, the brink of the Atlantic east, is Congo gold oil export port. As early as the late 1960s, the discovery of oil along the western coast of Congo, the port gradually developed. 70 years of annual production has reached 1.2 million tons.Show more

By the United States Gulf Oil Company, Japan Imperial Oil Company and Belgium Kemetela oil company recruited by the Government of Iraq mining and management. As the high salt content of crude oil, the country can not be processed, all exports. Transportation to highway and water-based.

There are two offshore oil moorings, the maximum depth of 23m. Floats on the operation, the Hong Kong side barge and loading and unloading work. Oil tank with a diameter of 203.2 ~ 406.4mm for the use of pipeline for handling. Loading and unloading efficiency: 400 tons per hour. Congo Golden River mouth water deep, but not normal navigation aid standard, it is not the night flight. The port mainly to oil transportation. In the holidays, in principle, do not work, if you need to work overtime, must be written before the working day requirements, the port authorities will decide whether to work overtime.

Boma is the historical city of Congo. In the Congo River (Congo Golden River) downstream of the right bank, 80 km from the mouth. Population of about 9.4 million (1975). It was once the Kingdom of Songo and the first Congolese Free State. Many monuments, the country’s oldest church, the old government residence, the mass uprising monuments. Is also an important port. There areShow more

African capital, is the country’s political, economic, transportation and cultural center. In this case,

Capital Kinshasa to most cities rely mainly on aircraft, rail transport only Kinshasa to the port city of Matadi train line.

Matadi (MATADI) is the golden harbor of Congo. It is located at the south bank of the lower reaches of Guoguo River and 135 kilometers west of the Atlantic Ocean. The seagoing vessels can reach the port terminals. The sea lanes are 272 nautical miles from Luanda, 1,829 nautical miles to Cape Town and 172 nautical miles to the north.Show more

The port has 10 berths in descending order, with a depth of 8-10 meters and a berth length of 143-188 meters. The 7th berth is 188 meters long and can berth all the container ships. There are no lifting machines at all berths. Congo, the Golden River water sufficient water level stability, but because of the upper reaches of the river waterfalls are present, the ship can not direct Kinshasa, so that most of the country through the distribution of import and export goods. Port throughput of about 200 million tons, the container throughput in recent years, the sixth in West Africa.